Yumenosaki Private Academy (夢ノ咲学院, Yumenosaki Gakuen, lit. A School where Dreams Bloom) is a performing arts school that overlooks the ocean. The exams to get into Yumenosaki are known to be rigorous, and involve written and performance exams. Courses consist of the idol course, producer course, vocal course, music course, theater course, and regular course. The regular course is the only course that is not performing arts-related.

The idol course behaves as an idol training school while simultaneously allowing students to undertake formal idol work. Idol course students make connections and find work in the entertainment industry, making the idol course somewhat like a huge idol agency. Many students in Yumenosaki intend to continue as idols after graduation, but some may choose to enter different professions.

Yumenosaki overlooks the ocean on one side with mountains at its back, located close to nearby cities and towns. Though the school is not meant to be in any real-world location, the artists referenced Kobe City in Hyogo Prefecture when illustrating backgrounds. 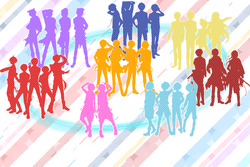 Units are groupings of two to five students in the idol course who are officially registered as a group and perform idol activities together. While there's no rule against units having more than five members, due to the way profits must be divided among members (as dictated by the school's regulations[2]), in turn dictated by the student council), units would lose money by performing with more than five members. It is against school regulations for units to have less than two members, which renders MaM a special exception[3].

Units are formed through sending in an application and getting approved by the the student council. A new application must be sent if you are forming a new unit, disbanding, withdrawing, or adding new members. Additionally, most units have their own exam process wherein prospective members must demonstrate their skills to the unit leader before the leader will permit them to join.

Depending on a unit's results in DreamFes, the school will provide the units with additional funding and support. Some units have their own fan clubs, and the more well-known units can have their photo books sold in general bookstores.

Temporary units function in a similar way to units, but they are typically formed for a specific purpose and for a limited amount of time, and the DreamFes that they can participate in cannot be official. A prime example of a temporary unit would be Knights Killers formed by Leo Tsukinaga during Rebellion.

See the units page for all official and temporary units. 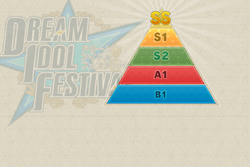 A Dream Idol Festival, or DreamFes (DreFes in the anime) for short, is battle of the bands-style live show students perform against one another to test their Dance, Vocal, and Performance skills. Students can perform solo or in units. The outcome of the live is determined by how the audience votes, and how a student's performance is graded has heavy impact on their grades and whether or not they can stay in Yumenosaki (see Grading). It's a relatively new system introduced by Eichi Tenshouin in the year prior to Ensemble Stars! (see also: the war).

DreamFes shows are categorized by prestige. From highest to lowest, the DreamFes ranks are: SS, S1, S2, S3, A1, and B1. The school does not officially recognize B1 lives, and they do not count toward a student's grades. The higher the rank of the DreamFes, the harder it is to win; however, it will offer far more rewards and opportunities if won. Officially-recognized DreamFes performances are typically planned by staff, but some performances are planned by individuals in the producer course, or the units themselves (such as Chocolat Festival).

In regards to the officially-recognized DreamFes shows:

In regards to the unofficial DreamFes ranking: 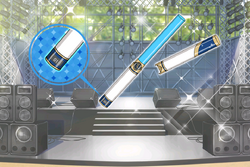 When enrolling into Yumenosaki, you will be given your uniform, student ID, and a Cyalume, or glow stick. (Note that this article only covers the Yumenosaki-specific cyalume. You can read more about cyalumes and their general relation to idols here.)

At the bottom of the Yumenosaki-issued cyalume, there should be a dial. The dial changes the display to any number between one to ten, which corresponds to a particular color. The number it's set to will be recorded as a vote for the individual or unit performing. In official DreamFes performances, the cyalume will give off an electric signal and the votes will be tallied up by a machine. The color of the cyalume can be changed at any time during the performance.

The results will affect the grades and the rank of the student(s) and unit(s) performing. Students who achieve high ranks from the DreamFes will receive rewards and special treatment from the academy, and those who obtain the lowest ranks from the DreamFes will be scorned. DreamFes performances function as graded assignments and account for a sizable portion of each student's grade, so students must perform in a minimum amount per year.

The Seven Mysteries of Yumenosaki