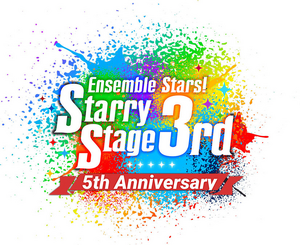 Starry Stage 3rd was planned to be a live concert where various voice actors from the "Ensemble Stars!!" cast take upon the roles of their characters. Accordingly, they would have performed songs on a designated stage venue for an audience. The event was initially produced by BANDAI NAMCO Live Creative, organized by the "EnStars!!" Starry Stage Production Committee, and operated by Sogo Tokyo.

Originally scheduled to have performances on April 25-26, 2020, the event was cancelled due to the COVID-19 pandemic. Merchandise was still sold online.