This feature is only available in the Basic version of the game, not Music!

Starting on July 26, 2016, Revival Events have become available in between regular events. They allow you to collect cards from past events, even if you weren't playing the game during an event's original occurrence.

0. If any of your teams are weaker than 250,000 total strength, don't attempt a revival event. Your teams are too weak to succeed without wasting lots of resources.
Note that if you finish a revival and then restart it, your points will be reset to 0 again, so you can't use multiple revivals to slowly build up to a card.

1. Enter the Revival Event tab on the map screen. 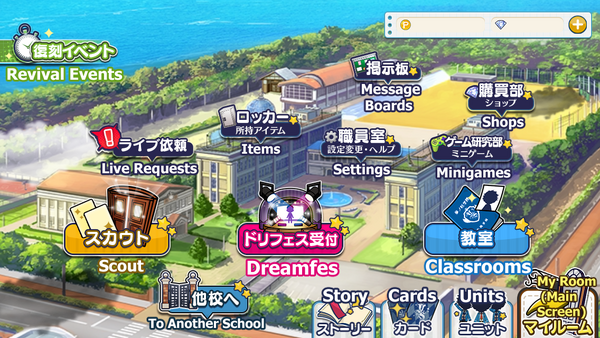 2. Select the Revival Event you want to participate in. For this demonstration, let's say you want to start The Flag's Honor ✻ Crowned Flower Festival. (If you can't find the event you want to revive, then it happened too recently to revive. At the end of each event, the next event in chronological order are added to the revival list.) 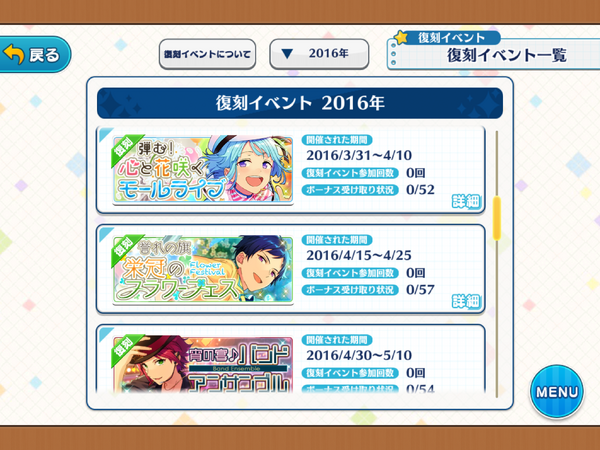 3. To read more about the event, click the "More info" button; to start it, click "Spend 15 dia to start this Revival Event". 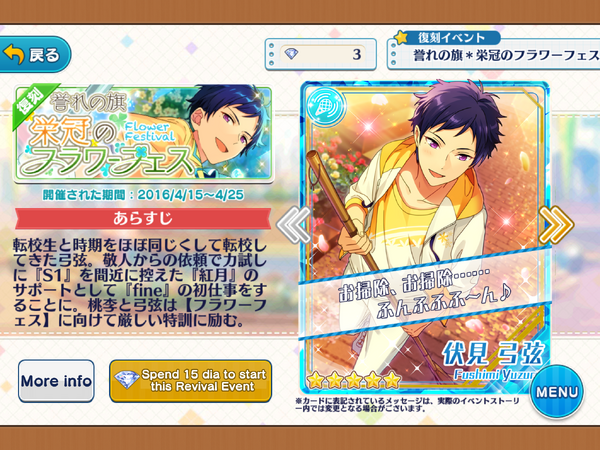 If you click "More info", you'll be presented with this screen. 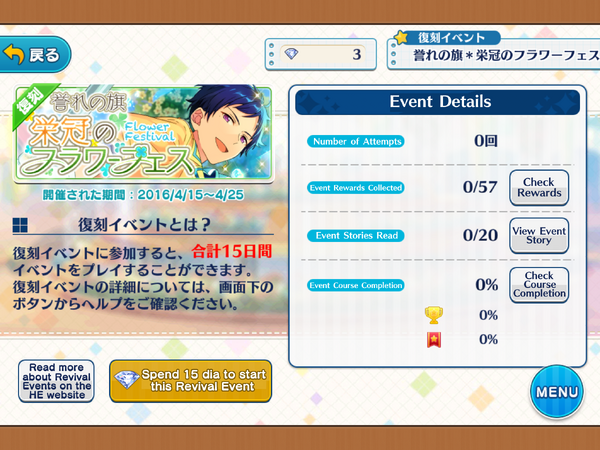 Once a revival is started, you'll be presented with a screen like this. 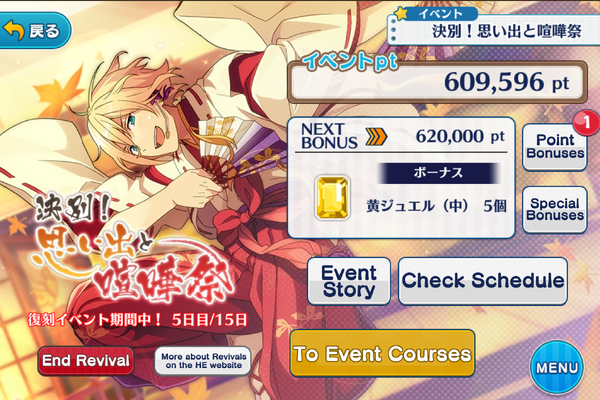 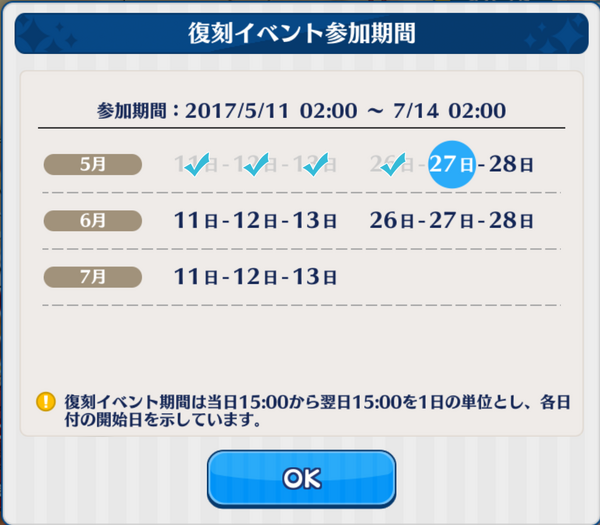 Revivals are mostly the same as regular events, save for these differences:

The amount of points required for a card depends on its rarity, as well as whether it was points or rank.

Points cards always require the same amount of points, as shown below.

Rank cards require a variable amount of points, based on how many points were needed to get at least one copy when the event originally released. (Some liberties are taken with very early events, since their cutoffs were extremely low due to the game having only just started.) The requirements are shown below.

Retrieved from "https://ensemble-stars.fandom.com/wiki/Revival_Event_Guide?oldid=179506"
Community content is available under CC-BY-SA unless otherwise noted.