View source
watch 02:17
New Pokemon Games - The Loop
Do you like this video?
Play Sound

Ossu! Be prepared before you enter the dojo!
This guide discusses advanced game mechanics! Make sure you got your basics down first, 'kay?

The Live Challenge is a Music-exclusive mini event. During the event, a new Special difficulty is added to a song already in-game. The player is given three passes at 00:00 JST each day the event is live, allowing them to attempt the featured song, and additional passes may be purchased at the cost of

5 Diamonds each. There is no (known) limit to the number of passes one may have.


Special-difficulty charts often feature mechanics that deviate greatly from normal songs. Whenever such mechanics are present, you can check what they entail for the song by tapping on Chart Information (譜面情報) as shown in the image below. 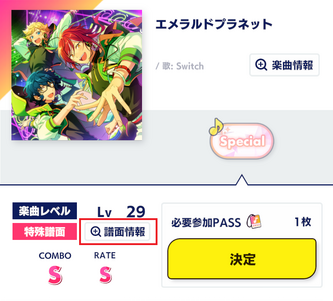 Once the event is over, the Special-difficulty chart is added to the song's difficulty selection on the Music Song List, coming with its own set of clear rewards similar to the other difficulties of the song.

The Live Unit Screen for Live Challenges shares the Unit Select screen used to create units for MV Mode. This prevents you from making use of any Support Skills that may influence accuracy -- your challenge score will rely entirely on your own rhythm game abilities. 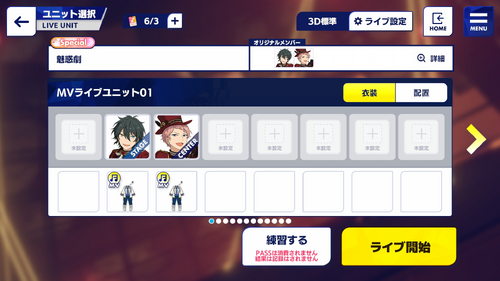 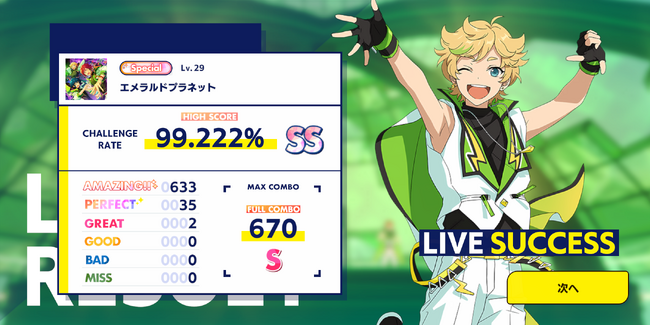 Live Challenges are scored using an accuracy-based system, which adds a percentage to your Challenge Rate per note. While combo does not factor into this rate, there are titles which can be earned during Live Challenges for achieving ALL AMAZING!! (100.00%) or a Full Combo.

During Live Challenges, notes can be judged as AMAZING, a grade higher than PERFECT; as a result, notes which are only PERFECT will now also display FAST/SLOW feedback if the FAST/SLOW display setting is turned on. The timing windows and associated scoring multipliers for each judgment type are shown below.

The middle and end notes of holds yield half the Challenge Rate of normal and flick notes.

Unlike in normal play, it's not necessary to clear the song for an attempt to count towards the leaderboard: even if the song is failed, your score will be submitted as long as a Live Challenge pass is consumed to play the song.

However, some extremely difficult Live Challenges will have lower borders; for instance, Miwaku Geki required a Challenge Rate of only 99.5% to rank within the top 0.5%.