The English Ensemble Stars Wiki
Register
Don't have an account?
Sign In
Advertisement
in: Characters, ALKALOID, Karate Club,
and 7 more

View source
watch 02:52
Roblox: DeepWoken - The Loop
Do you like this video?
Play Sound

The Crimson Swallow, Tearing Through the Grand Sky
大空切り裂く真っ赤なツバメ

Martial arts and sports in general 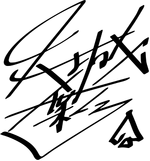 Episode 24
A newcomer who has no knowledge whatsoever about the idol industry, yet aims to be an idol. He has an optimistic, naïve personality, and he tends to overdo it with how passionate he is. He is Rinne Amagi's younger brother. He has a side of him that causes him to get ahead of himself and follow his emotions over logic. He sings from the heart, making his performances powerful and clear.

Hiiro is a member of Starmaker Production's ALKALOID.[1]

Fuhahahahahaha! I’m Hiiro Amagi! I’m a newcomer idol who has traveled a long way from my hometown in order to destroy idols! ...Hm? “You’re here to destroy idols, but you’re an idol yourself”? Indeed, it is a complicated situation! We, as ALKALOID, will overcome any adversity that we shall face. We may not yet be capable of climbing the mountain that looms before us, but we will get there someday, so could you watch over us until then?[1]

ALKALOID’s leader is named Hiiro Amagi, and as he has become an idol in order to destroy idols, he comes off as quite the peculiar person. Hiiro-san is strangely ignorant of the ways of the world, so he does not know much about idols, but in exchange, his passion is unmatched. I believe that that passion is a positive influence on all of us. I’m certain that ALKALOID’s fated meeting will result in a gloriously resounding harmony.[1]

Hiiro is of average build, and has curly red hair and cyan eyes, like Rinne.

His ALKALOID appearance is consisted of a blue and black shirt, white pants, black boots with gold accents and a black jacket with red, white, blue and gold accents. There is a golden spade shaped medal on his left lapel, a blue and black ribbon hanging from it. A black hat sits on Hiiro's head, with the ALKALOID logo set in blue on the hat. A white belt with red and black diamonds sits on his waist. The outfit is completed with black wrost length fingerless gloves.

Hiiro is a naïve and straightforward boy. Due to his background, he is not very familiar with the societal norms of the city, and often acts overly familiar with others.

He is inquisitive and enjoys learning about his new surroundings. He tends to take things literally and act on impulse.

Hiiro is very passionate about achieving his goals. However, he has a one-track mind and often develops tunnel vision because of this, something his brother scolds him for.

He is an extremely quick learner and is often regarded as a genius by his peers.

"This is Gakuto Kajiwara, playing the role of Hiiro Amagi! This my first time recording for not only Alkaloid, but Enstars as a whole, so I was super excited!! I'm really looking forward to what's going to happen from hereon out! Since Hiiro's the kind of kid who's super super genuine and just says what he thinks, he can get pretty far ahead of himself (lol), but I think that honesty of Hiiro's is definitely his charm point!! Please look after Hiiro in the future as well!"[1]