Ensemble Square (アンサンブルスクエア ansanburu sukuea) is an entertainment company that exists on its own miniature island in Tokyo. Introduced in EP:Link, Eichi Tenshouin, the agency president, and Ibara Saegusa, his collaborator, intend to use Ensemble Square to revolutionize the idol industry.

It is the parent entertainment company of dozens of talent agencies, which are housed inside the building. Of Ensemble Square's agencies, Star Maker Production, Rhythm Link, New Dimension, and Cosmic Production contain the main units from Yumenosaki.

Though the construction for Ensemble Square began much earlier, its existence is not unveiled until after the current year ends. Its activities begin July 1st, following graduation.

Ensemble Square works with the business side of the entertainment industry and provides a larger net of connections and protection to each of its affiliated agencies than each would have if they operated in isolation.

That day, I saw an idol for the first time.

The sensation I felt was... light. A brilliant glimmer as if something had exploded. Overwhelmed by the brightness, I cried out in shock.

—Just what are idols?

I came to this city without knowing left from right, and I formed an idol unit with friends I don't know all that well.

"I will destroy idols."

Though that was my goal, and I'd been dead set on accomplishing it— before I knew it, we were on the verge of being fired.

I want to know just what kind of power idols hold... to have changed my brother entirely.

I'm here to find out these answers.

Welcome to Ensemble Square! Here, idols are everything!

In the heart of the downtown where countless people come and go, a brand new building stands tall... This is Ensemble Square!

Here, there exist four—among many—agencies, vast as planets. Colorful idols from each of these agencies bustle about day and night while singing and dancing; while crying and growing angry— while laughing, these idols are alive.

And you are more than welcome to visit! Here, you will find a fascinating tragedy in the portrait of their lives; one you'll never find anywhere else! Here, their emotions will swell, cross, clash, and erupt free!

These idols have been waiting for you so you can be a witness to their miracles!

On November 15, 2019 9PM (JST), the official Ensemble Stars twitter posted a fictional recruitment page titled "Ensemble Square: Recruit 2020." On this page, additional information about Ensemble Square's function and facilities were revealed, as well as information about its producer application process. It is hosted on the recruitment page of the website.

Please see the above section's Aptitude Exam tab for an explanation of how the aptitude exam affects the producer application process.

The agency founded by Yumenosaki alumnus Eichi Tenshouin. Its name is abbreviated as StarPro. While he's created a system that automatically enrolls all students of the Yumenosaki idol department into an appropriate ES agency upon their entry in the school's idol course, there are many students who willingly choose to affiliate with StarPro, which has an atmosphere familiar to Yumenosaki students. StarPro's motto is "Creating joy for both idols and fans."[3]

A veteran small-scale entertainment agency that's been operating since the old days. Their nickname is RhyLin. One of the agencies that joined Ensemble Square. Not only do the idols affiliated with them thrive via numerous events, but so do many other bands, singer/songwriters, and musicians. Their motto is "Reaching your heart through our music."[4] 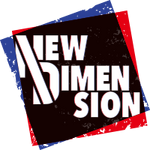 A newly-established entertainment agency. Abbreviated as NewDi. One of the agencies under Ensemble Square. Though they were only recently established and have few idols, they've expanded from just idol activities to theater management, training actors, and TV program productions. Their motto is "A generation of all-rounders."[5]

Tsumugi Aoba is the vice president of New Dimension.

An entertainment agency that runs Remei Academy and Shuuetsu Academy, which both cultivate young, talented individuals. Its name is abbreviated as CosPro. It manages the schools by nurturing idol students in Reimei Academy and then transferring the highest-quality students to Shuuetsu to shelter them there. Though it has steadily risen in social standing in the entertainment world due to their methods, the SS has caused their status to somewhat plateau. Their agency motto is "Providing only the highest grade entertainment."[6]

Ibara Saegusa is the vice president of Cosmic Production.

Retrieved from "https://ensemble-stars.fandom.com/wiki/Ensemble_Square?oldid=172605"
Community content is available under CC-BY-SA unless otherwise noted.